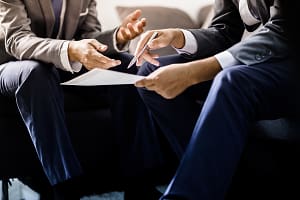 Every organization is different however every executive or CEO wants the same thing: Results.

If you are a leader, executive, or a CEO in a fast growing corporation and you believe strongly in continuous self, and team, development – an entire division of our services was created precisely for you. Not a path to be traveled alone, your success journey should include a partner for results. A firm with a track record of results and a team of professional coaches at-the-ready to guide, support, educate, train, facilitate, coach, and keep your people focused along the way.

If you believe your company’s growth and results will match the pace of the growth of its people – including yourself, and that your organization is capable of multiplying-paced growth – truly adding zeros to the bottom line – connect with us today for a consultation.

Who Stands to Benefit?
We Often Hear From these People and Organizations…

Here’s some industry statistics and a general overview of the value and ROI executive coaching offers:

In one study conducted by MetrixGlobal LLC, companies including Booz Allen Hamilton received an average return of $7.90 for every $1 invested in executive coaching.

A recent study of Executive Coaching in a Fortune 500 firm by MetrixGlobal reported a 529% return on investment and significant intangible benefits to the business.

A survey by Manchester Inc. of 100 executives found that coaching provided an average return on investment of almost six times the cost of the coaching.

An internal report of the Personnel Management Association showed that when training is combined with coaching, individuals increase their productivity by an average of 86% compared to 22% with training alone.

A Hay Group study of Fortune 500 companies found that 21 to 40% utilize Executive Coaching; Coaching was used as standard leadership development for elite executives and talented up-and-comers.

A 2001 study on the impact of executive coaching by Manchester Inc. showed an average ROI of 5.7 times the initial investment or a return of more than $100,000, according to executives who estimated the monetary value of the results achieved through coaching*.

Among the benefits to the companies that provided coaching:

Productivity (reported by 53% of executives)

Among the benefits to executives who received coaching were improved:

Working relationships with direct reports (reported by 77% of executives)

*The respondents were executives from large (mostly FORTUNE 1,000) companies who had participated in either “change oriented” coaching, aimed at improving certain behaviors or skills, or “growth oriented” coaching, designed to sharpen overall job performance. The programs lasted from six months to a year. About 60% of the executives were ages 40-49, a prime age bracket for career retooling. Half held positions of vice president or higher and a third earned $200,000 or more per year.

How to Get Started

Applying for a spot in our Corporate Coaching programs begins with a complimentary consultation and interview. Get started right now by contacting one of our coaches and requesting your session HERE.